The biggest challenge for small-town radiology is to find ways to embrace change and new technologies that are common in larger markets and academic centers. One of the key reasons we have endured is that we were early to interventional services and were able to distinguish ourselves in this market and offer procedures here that you would not normally see in a market this size.

New Strategic Radiology member group Catawba Radiology Associates (CRA) was founded 72 years ago to serve the picturesque town of Hickory, North Carolina, pop. 43,532, back when the town was a thriving furniture-making hub at the foot of the Blue Ridge Mountains. In the intervening years, the manufacturing industries in Hickory diversified to include fiber optics and the practice grew steadily to 18 subspecialized radiologists, still occupying offices that date back nearly to its founding. 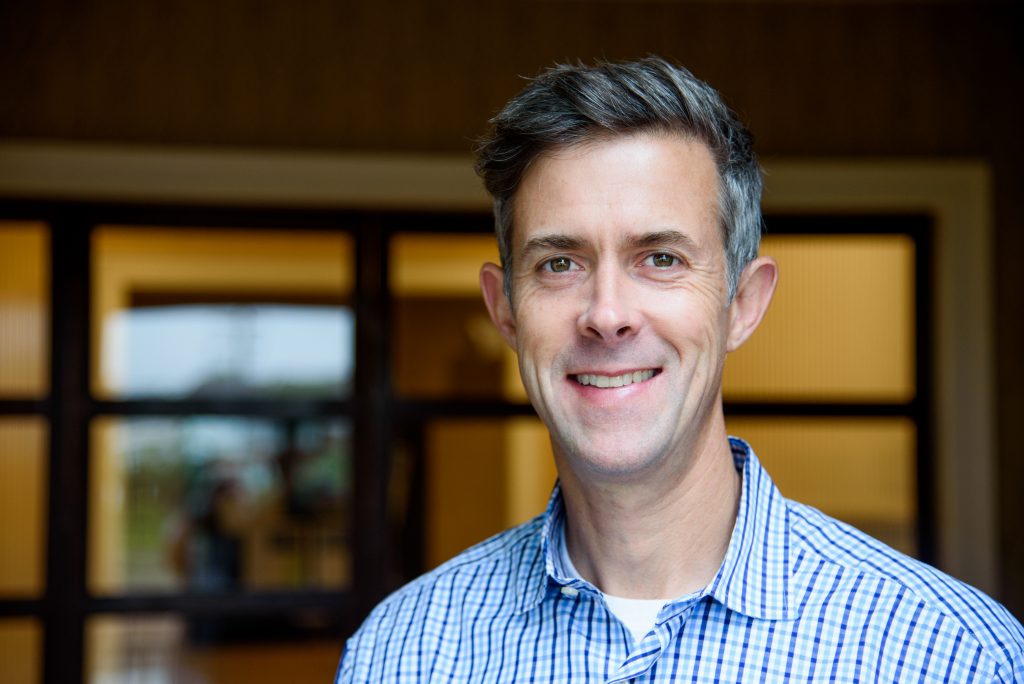 “We used to have our own imaging center in this office and still have a room with three-foot thick concrete walls where we shielded a cobalt source,” shared Knox Tate, MD, a neuroradiologist in his second year as practice president. “We don’t use cobalt in radiology anymore, but that room makes a great reading room—we call those shifts bunker shifts.”

The anecdote is a testament to the group’s longevity and emblematic of the practice’s ability to adapt over the years, one of three qualities to which Dr. Tate attributes CRA’s success; the other two are its geographic location as a hub in the region and strong leadership, including former practice president William Thorwarth, MD, now CEO of ACR.

“The biggest challenge for small-town radiology is to find ways to embrace change and new technologies that are common in larger markets and academic centers,” Dr. Tate explained.  “One of the key reasons we have endured is that we were early to interventional services and were able to distinguish ourselves in this market and offer procedures here that you would not normally see in a market this size.”

In his leadership role, Dr. Tate spends a lot of time thinking about the practice’s market. Hickory is a natural hub in the Unifour region of western North Carolina, located between three bigger cities—Asheville to the West, Winston-Salem to the East, Charlotte to the South. CRA has always been the central practice in this region. “We have never really had direct radiology competition, so our growth has been about working with the local health systems,” he said, adding that its two primary hospital clients have competed directly for more than 50 years.

Over time, Catawba has supported and subsequently merged with smaller practices that struggled to recruit and provide subspecialty care and coverage in rural areas, resulting in two additional hospital clients, a university affiliated hospital, and another smaller hospital that was served by a single radiologist whose father had founded the practice. “We hope to provide the most comprehensive radiology services in the space between those three cities,” Dr. Tate said.

However, CRA is not seeking growth for growth’s sake. “On-the-ground coverage is obviously one of the biggest limiting factors for all groups," he noted. "But we have good relationships with and respect our neighbors. We say, ‘Hey, we are nearby, there may be things we can do together. Maybe we could read your breast MRI if you want help with that type of subspecialization and test waters. You can see that we are good people, we can see that you are good people, and who knows what happens down the road.’”

Keeping multiple hospital clients happy is a large part of Dr. Tate’s leadership responsibilities. Rather than serving one big health system, Catawba’s hospital partners are of three distinctly different models, all of which require a different approach when working to implement change: an independent hospital, a for-profit hospital system, a  state university-affiliated hospital. “Trying to get something done at the independent hospital is wonderful,” Dr. Tate said. “There is no red tape, there aren’t any layers beyond the walls of that hospital.”

Managing four hospital relationships also requires a good deal of leadership and involvement on the part of the radiologist partners. “We have to be present everywhere, involved on medical staffs, and doing all of the things you need to do to be relevant and contribute,” he said.

As a practice with fewer than 20 radiologists, Catawba recognized that it could not provide subspecialized coverage at four hospitals efficiently without unified PACS, so it invested in Intelerad and implemented  a parallel PACS at all four institution in March. “It was an enormous challenge,” Dr. Tate reported.

A new member of Strategic Radiology this year, CRA looks forward to transitioning out of its current contract and into the SR-Intelerad contract. “We understand there will be some discounts with SR,” he said. “PACS is expensive—it is our biggest capital project ever.”

CRA came to a turning point five years ago when it brought in a new executive director (Tiffany Mullis-Brittain) and began a transformation into what Dr. Tate calls an “adolescent” practice.

“As a small group we were slow to embrace some of the business practices that help to make a group healthy and when you bring in new, fresh talent and fresh eyes, it really can boost your practice,” he noted.

The group initiated a strategic planning process and undertook an evaluation of the venture capital market and some of the other consolidation models that were occurring around the group. The process took two or three years, but CRA backed away in the spirit of staying independent. However, Dr. Tate’s partners knew they would need strategies to keep its billing office sharp, compete with consolidating markets and master its data through analytics.

“Like many groups, we joined SR to remain independent but also because it allows us to size up,” he said. “We can leverage scale, capital, and best practices.” When CR started looking outward five years ago, it began to set up lunches and dinners with other groups in North Carolina, stating up front that it had no agenda other than building a relationship.

Among the groups Catawba approached were the larger groups serving the aforementioned surrounding cities—Gaston Radiology in Gastonia, Triad Radiology in Winston-Salem, and Mecklenburg Radiology Associates in Charlotte—and all were members of Strategic Radiology.

“SR has allowed us to strengthen our relationships with the other North Carolina SR practices, and, luckily, we don’t directly compete with them, but we are close to them,” Dr. Tate said. “It’s been all positive, and now it’s easier for us to go to them and ask how they solved a particular problem or whether there is an opportunity for collaboration.”

Dr. Tate also appreciates the ability to access community and institutional knowledge, but also to contribute through participation on the Teleradiology Committee and by sending one of CRA’s early-career radiologists to participate in SR’s Resident & Fellow Virtual Happy Hour. “Those are the two things we appreciate most," he said. "The knowledge, the repository of information, the forums we can draw from, and strengthening our local relationships,” he said.

As Dr. Tate looks ahead, his outlook for radiology is upbeat. “My general outlook is positive,” he said. “The imaging volumes keep going up while radiologist numbers are stagnate, which means more images have to be interpreted per radiologist,” he said. “We have the problem of too much business, and solving that problem is an interesting and exciting challenge. We have embraced technology (PACS) in helping us to solve that problem, and have seen some promising early results. We have invested in RadAI through SR. This is our first AI product, and we are excited about it.”

“Now that we control our own data,” he continued, “how do we cover all of this and remain an attractive practice to join? That is a question we all face—we don’t want to be overworked, we don’t want to let quality slip, and when our hospital comes to us and wants to try something new, we need to put our best foot forward and try to make it happen. I get excited about AI’s potential to help us meet these challenges.”

Although he is a neuroradiologist, Dr. Tate understands the importance of interventional radiology in meeting those needs, both historically and looking ahead. “Based on our history, we try to keep our interventional department well-staffed to over-staffed and keep pushing the edge a bit on interventional offerings, such as in oncology, so patients don’t have to drive out of town for advanced services.”